How can acupuncture help people with cancer?

Acupuncture is a drug-free option to help control and improve side effects from chemotherapy, radiation, and surgery. Studies have shown that acupuncture can help with pain, fatigue, insomnia, neuropathy, and nausea.

At Eastern Medicine Center, we treat cancer patients to better help improve their conditions such as Nausea and Vomiting caused by chemotherapy, surgery, and radiation therapy, Cancer pain, Hot flashes, Dry mouth, Fatigue, Sleep problems, and many other related illnesses, the main focus is to help our patients build strong bodies internally, and also help them stay mentally strong to speed up their recovery. 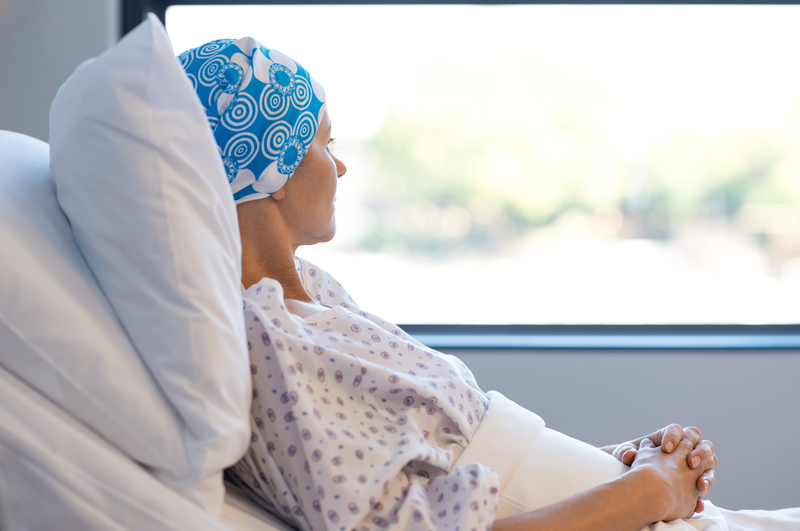 How many studies have been done on people?

In 1997, the National Institutes of Health (NIH) began looking at how well acupuncture worked as a complementary therapy for cancer-related symptoms and side effects of cancer treatments. Studies of acupuncture in cancer care also have been done in China and other countries.

Nausea and vomiting caused by chemotherapy, surgery, and radiation therapy

The strongest evidence for acupuncture has come from clinical trials on the use of acupuncture to relieve nausea and vomiting.

Acupuncture has been studied to help relieve pain in cancer patients. The results are mixed due to small sample sizes and design problems.

Most clinical trials of acupuncture for cancer pain use conventional acupuncture methods with needles in different parts of the body.

In one review, acupuncture reduced cancer pain in some patients with various cancers, although the studies were small. Another review concluded acupuncture with pain medicine worked better than the pain medicine alone. This review was limited by the poor quality of clinical trials.

A 2020 clinical trial to treat cancer pain showed that the combination of wrist-ankle acupuncture and auricular acupuncture was effective in reducing pain and the use of pain medication. The study was limited by its small size, lack of a placebo group, and short follow-up.

In several randomized clinical trials on pain after surgery, acupuncture reduced the pain, but sample sizes were small and additional treatments were unknown. Some studies reported that when acupuncture was used with standard care, pain relief was better.

In two randomized clinical trials in patients having a bone marrow aspiration and biopsy, acupressure was found to relieve pain and anxiety compared to sham acupressure.

Aromatase inhibitors, a type of hormone therapy for post-menopausal women who have hormone-dependent breast cancer, may cause muscle and joint pain.

The current standard of care for CIPN is symptom management such as narcotics and antidepressants. However, treatment may not relieve all of the pain and cause dizziness, sedation, dry mouth, and constipation.

Some randomized clinical trials of acupuncture have shown promise in treating CIPN. More evidence is needed to explore how acupuncture may relieve symptoms of CIPN and to find out which patients may benefit most from acupuncture. For more information about these studies, see the Acupuncture to treat persistent CIPN from taxane or platinum-based chemotherapy section of the health professional version of Acupuncture.

Hormone therapy may cause hot flashes in women with breast cancer and men with prostate cancer. Studies of the use of acupuncture to relieve hot flashes have shown mixed results.

Fatigue is a common symptom in patients with cancer and a frequent side effect of chemotherapy and radiation therapy.

Several clinical trials have studied the effect of acupuncture in the treatment and prevention of xerostomia (dry mouth) caused by radiation therapy in patients with nasopharyngeal carcinoma and head and neck cancer.

One phase III clinical trial with sites in the United States and China studied 339 patients with head and neck cancer who received true acupuncture, sham acupuncture, or standard care while receiving radiation therapy. Acupuncture was given three times per week during a 6- to 7-week course of radiation therapy. The dry mouth score reduction at 1 year was greater in the true acupuncture group than in the standard care group, but only slightly different from the sham acupuncture group. An additional phase III clinical trial is in progress to study the role of acupuncture in the treatment of dry mouth in head and neck cancer patients.

Other trials are ongoing.

There have been a number of case reports and studies that show acupuncture is safe and may decrease swelling and relieve symptoms in patients with lymphedema in the arms and legs.

After cancer surgery, some patients develop an ileus. Randomized clinical trials that studied acupuncture for ileus had mixed results.

Studies have shown that acupuncture may help relieve sleep problems.

Studies that suggest acupuncture may improve the immune system are limited.

Other clinical trials in cancer patients have studied the effects of acupuncture on cancer symptoms and side effects caused by cancer treatment, including weight loss, cough, coughing up blood, fever, anxiety, depression,  proctitis, speech problems, blocked esophagus, chemotherapy-related cognitive problems, and hiccups. Studies have shown that treatment with acupuncture either relieves symptoms or keeps them from getting worse.

Have any side effects or risks been reported from acupuncture?

There have been few complications reported. Problems are caused by using needles that are not sterile and by placing the needle in the wrong place, movement of the patient, or a defect in the needle.

Side effects include the following:

A strict clean needle method must be used when acupuncture treatment is given to cancer patients because chemotherapy and radiation therapy weaken the body’s immune system.

Is acupuncture approved by the US Food and Drug Administration (FDA)?

More than 40 states and the District of Columbia have laws about acupuncture practice. The National Certification Commission for Acupuncture and Oriental Medicine (www.nccaom.orgExit Disclaimer) certifies practitioners of acupuncture and traditional Chinese medicine (TCM). Most states require this certification.